On Saturday 22nd May - I attended a masterclass with a Chinese artist Chen Hong.  Chen Hong specialises in fish paintings and was artist in residence at Norwich Castle Museum during May.  There were about 15 students at the class which ran from 10.30 to 1 (but actually finished closer to 1.45)

Chen Hong doesn't speak any English so had an interpreter with him - this meant it was difficult to ask him questions as the interpreter was not always with him particularly when he came round to comment on our work - we had to guess at what he was saying! Also at one point he asked the class if we would like to start with something simple but somehow our answer was lost in translation as we started with the more difficult big fish before trying out the much easier little fish at the end of the class.

We were first given a demonstration of a fish painting which not only includes the fish but also calligraphy and stamps.  We were then told about the basic brushstrokes before being given a chance to try some out for ourselves.  After this we were shown how to paint some simple bamboo and blossom and all had a go. 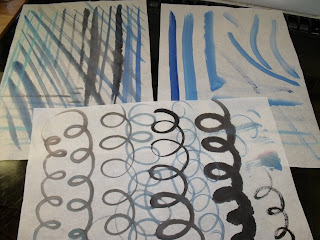 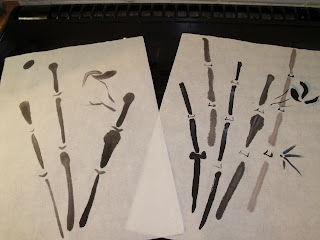 After grabbing a quick cup of tea and a biscuit it was back to work to try out painting our own fish.  It was pretty difficult but we were reminded that Chen Hong has been practicing for 30 years!  And also that he had a very expensive brush and higher quality paper (bad workmen...!) It was said that Chinese artists develop close relationships with their brushes which can cost up to £1000! 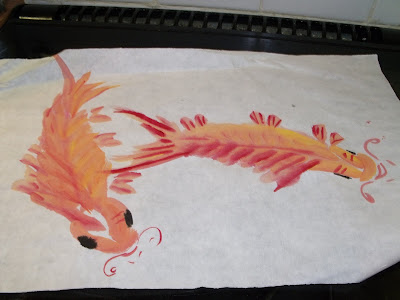 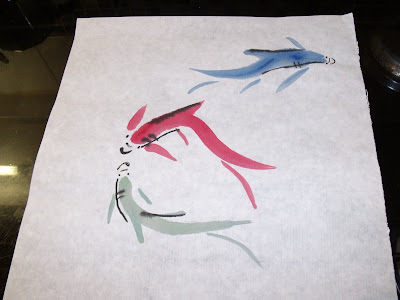 The time went far too quickly and it would have been nice to have had more time to keep working on our pictures.  Although each picture is quick to do as you work quickly I think with some more support and maybe further demonstration so we could see where we were going wrong as individuals we may have improved further.  It was only at the end that I realised I had been making a mistake with my brushstrokes on the body of the fish.

Chen Hong is clearly a master of this specialist type of art but I'm not sure I would want to paint the same thing over and over again!

My notes on the class 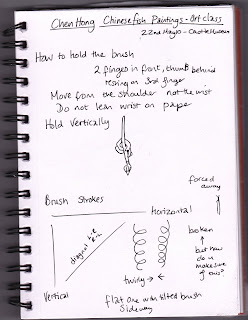 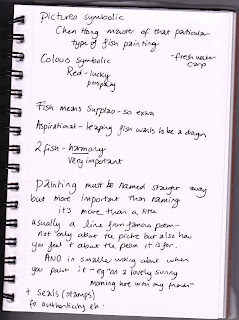 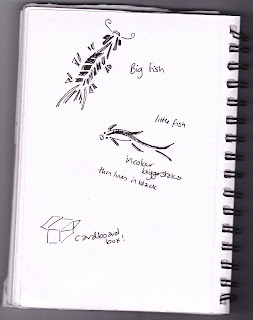 Chen Hong's website (in Chinese!)
Posted by rachalulabelle at 13:13